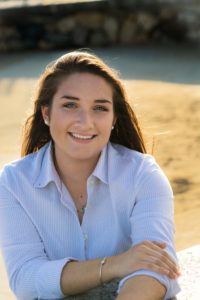 Rebekah is a rising Junior at Wheaton College in Norton, Massachusetts. She is majoring in Economics and double minoring in Business Administration and Latin. She is also an infielder for the Wheaton softball team. She volunteers as a hitting coach for a local club softball team and helps to run softball clinics around her community. Rebekah is a graduate of Taunton High School and grew up spending her summers in Falmouth, where her father grew up and her grandmother currently resides. She aspires to work in baseball operations for a MLB team.

Gabe Gross is a rising Junior at Bucknell University from Avon, Connecticut where he graduated from Avon Old Farms School. He is a Markets, Innovation, and Design major and is a member of the club baseball team on campus. Additionally, he serves as the Intern of Operations and Marketing for Bucknell Athletics, responsible for coordinating game-​day logistics, scheduling, and staffing. Gabe has previously worked for the Hartford Wolf Pack, the AHL affiliate of the New York Rangers and the Hartford Athletic in the USL. 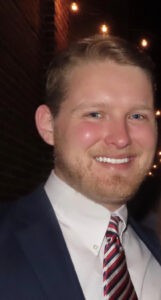 Originally from Nashville, Tennessee, Andrew is a 2020 graduate with a Bachelors of Business Administration degree in Marketing and Communication Strategy from the University of Mississippi. In his time as a student there, Andrew was a Volunteer Student Worker for the Ole Miss Baseball team in data analytics, as well as a Gameday Student Worker for the Ole Miss Athletics Marketing and Fan Experience Department. Andrew also has experience working with Perfect Game as a Scout and Field Manager, the Cincinnati Reds as a Youth Academy Intern, and the Columbus Blue Jackets as a Fan Development Intern. As the MLB Scout Liaison this season, Andrew hopes to continue to gain experience to start a career in scouting or player development, and looks forward to spending his first summer on the Cape. 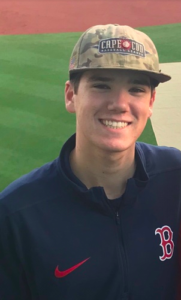 Mike is returning for his eighth year with the Commodores. He was a  batboy for four years before taking on the role of Clubhouse Intern two years ago. He and his family enjoy hosting players. Mike is currently a rising Sophomore at Assumption University. During his high school years at Xaverian Brothers  in Westwood, Massachusetts,  he managed the varsity baseball team. He enjoys playing baseball, hockey, and golf,  and works as a hockey referee. 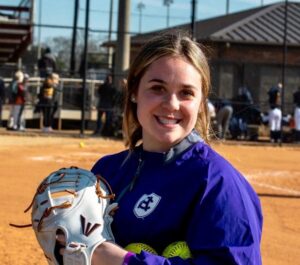 Hannah is a recent graduate of the College of the Holy Cross in Worcester, Massachusetts, majoring in Anthropology with a Peace and Conflict concentration. She is originally from Huntington Beach, California where she graduated from Edison High School in 2017. At Holy Cross, Hannah is an infielder on the Division I Varsity Women’s Softball Team, a member of the Student Athletic Advisory committee, Marketing Programmer of Resident House Council and media volunteer in the Athletics department. Despite being a west coast girl, she loves all things New England and is a lifelong baseball fan. Hannah is extremely excited for her first summer with the Commodores as she hopes to gain the knowledge and experience she needs to pursue a career in professional sports. 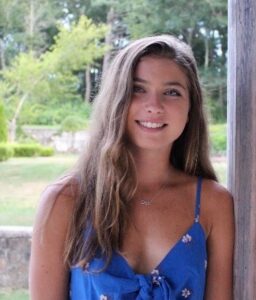 Hannah is a rising sophomore at the University of Massachusetts Amherst majoring in Sport Management at the Isenberg School of Management. Hannah is from Stoughton Massachusetts but has spent her summers in Falmouth for as long as she can remember and lifeguards at New Silver Beach. At UMass Hannah is a part of the Women in Sports Management Club and the McCormack Student Leaders Club. She also attends weekly webinars run by Fenway Sports Management where she learns about the sports industry from the professionals themselves! Hannah went to the Commodores baseball camp as a kid, and is excited to be back involved with such an amazing team and organization this summer! 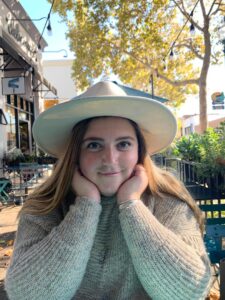 Olivia is a 2021 graduate from Louisiana State University and earned her Bachelor’s studying Public Relations. This is her first summer with the Commodores. She is from North Easton, Massachusetts and graduated from Oliver Ames High School where she was a cheerleader, and played field hockey and lacrosse. She has grown up spending summers in Falmouth with her family and has loved attending Cape League games for as long as she can remember. Olivia’s favorite pastimes are going to the beach, hanging out with her dog, and traveling. She’s excited to kick off the season with the ‘Dores! 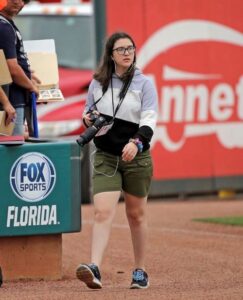 Ashley Herman is from Miami, Florida and says she is “super psyched” to be the 2020 Falmouth Commodores team photographer.  After graduating from the Fusion Academy, Ashley started working professionally at the age of 18, having shot at events like March Madness and the Pro Bowl, and also worked the 2019 season as a credentialed freelancer at Marlins Park, as well as around Minor League Baseball.  Ashley is eager to expand her portfolio on the Cape.  But most of all, she is excited to interact with the fans, as well as build relationships with the players, coaches, front office, and of course her fellow interns. Roll ‘Dores! 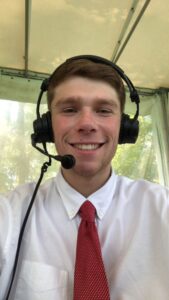 Matt Levine is a rising senior broadcast journalism major at the University of Maryland’s Philip Merrill College of Journalism. Matt is  originally from Port Washington, New York on Long Island and is a die-​hard New York Mets fan. For his baseball creds, when he was 13-​years-​old he turned an unassisted triple play and hit a walk-​off single in the same summer baseball game, earning the nickname “Matty Ice,” which stuck with him through every sport.  This summer, Matt hopes to better his play-​by-​play craft, to continue learning and to build professional connections. His favorite baseball broadcaster is Gary Cohen who calls Mets broadcasts for SportsNet New York and WPIX. 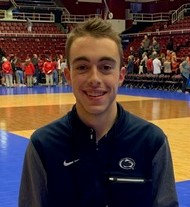 David Hadar is in his first season with the Commodores and serves as one of the play-​by-​play broadcasters. David is a 2021 graduate from Penn State University and is from Chapel Hill, NC. During his time in Happy Valley, David served as the play-​by-​play voice of the Penn State Women’s Volleyball team for two seasons. He also broadcasts other sporting events such as football, basketball, lacrosse and baseball for the student radio station, CommRadio. David is thrilled to be spending this summer with the Commodores and can’t wait to experience the best summer league in the country! 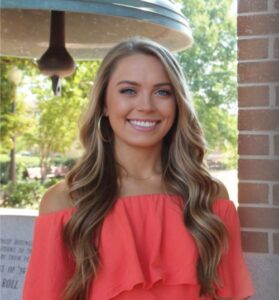 Joanne Bethea is a rising Senior Sports Communication Major at Clemson University. At Clemson, she is a sports reporter for The Clemson Insider, where she covers all Clemson athletics. Joanne also interns with WSPA Channel 7 News in Spartanburg, SC, where she has been provided with opportunities such as covering the Carolina Panthers Training Camp, the ACC football Championship, the Fiesta Bowl, and the College Football National Championship. She is from Dillon, SC and grew up attending Clemson Football games. Her father, who is a member of Clemson Football’s 1981 National Championship team, passed down the passion for sports at a young age. Joanne is excited to cover the Falmouth Commodores and to be a part of the team. 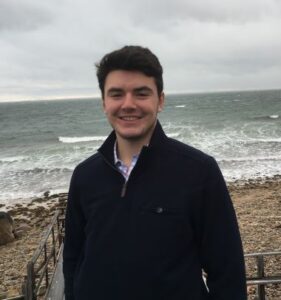 Eryk is a rising Junior at Carleton College in Northfield, Minnesota. He works as a broadcaster for Carleton soccer, basketball, baseball, and softball and a statistician for Carleton football and volleyball. Eryk is from West Hartford, Connecticut and is a graduate of Kingswood Oxford School. He and his family spend much of the summer in Falmouth, where his father grew up and played baseball for Falmouth High School. Eryk is a lifelong Commodores and Boston sports fan and when not watching sports, he enjoys listening to music, and sailing and swimming at Quissett Harbor. He is excited to work with the Commodores for the first time this year. 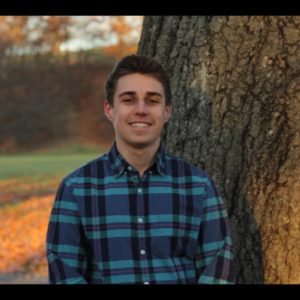 Alex is from Brookline, Massachusetts, but lives on the cape in nearby Centerville during the summer. He attends UMass-​Amherst and majors in Sport Management in the Isenberg School of Management. This will be Alex’s second season as an intern with the Commodores, but first as a lead. His interests include watching and playing baseball, basketball, and football, as well as listening to music and spending time with family and friends. 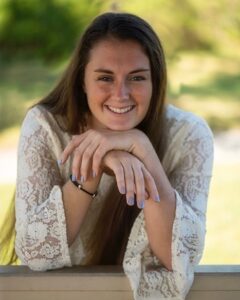 Sara Kate is a rising senior at the University of Florida double majoring in sports and media journalism and sport management. She is a staff writer for ESPN Gainesville where she writes stories for the website and appears on the local radio station, ESPN 98.1, 850 AM WRUF. She also works as a Guest Services Representative for the UAA at UF baseball games. Sara Kate is originally from Uxbridge, Massachusetts but moved to Bradenton, Florida when she was in kindergarten. She visits her cousins who still live in Massachusetts every summer and every other Christmas, so is no stranger to the area. Sara Kate is hoping to work either as a sports journalist or in the communications department for a professional baseball or football team in the future. This is her first year with the Commodores and is very excited to spend the whole summer in Cape Cod while getting valuable work experience. 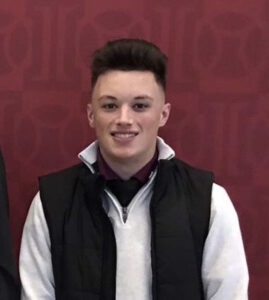 Shaun Murphy is from Tewksbury, MA and has summered on the Cape his who life.  As a Falmouth Commodores fan, he has attended many games over the years. Shaun is a rising senior at Plymouth State University, majoring in Sports Management. He is a member of the Sports Management Club on campus, which has helped him gain connections and some great experience in the field.  His interests include watching and playing baseball, basketball, football, and hockey.  He also enjoys going to the gym, snowboarding, and hanging out with friends. 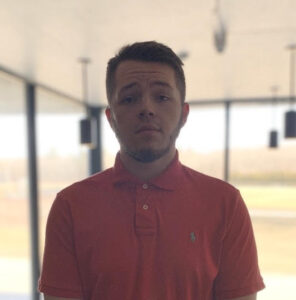 Ryan is a 2021 graduate of the University of Massachusetts Dartmouth, where  he is studied Business Management at the Charlton College of Business. He is from North Attleboro, MA, and has  frequently attended Cape Cod Baseball League games throughout his life. Ryan assisted his school’s baseball team by gathering analytical and developmental information during games and practices. His goal is to eventually work in a Major League Baseball front office, helping with player personnel and development. Interests outside of baseball include watching the other Boston sports teams, listening to music, and hanging out with friends. 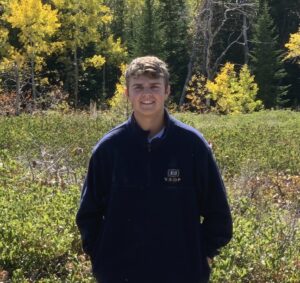 Andrew Hobbs is entering his first year as game day intern for Falmouth. He was born in Overland Park, Kansas and moved to Wildwood, Missouri when he was young, making him a devoted Cardinals fan and really got him into baseball. Andrew moved to West Hartford, Connecticut in 2017, which made him realize his love for travel and he traveled all over New England since he moved. He started going to college in fall 2019 attending the University of Wyoming, where he plays baseball and is studying communications. Andrew is excited to now be able to combine his love for travel and his love for baseball.