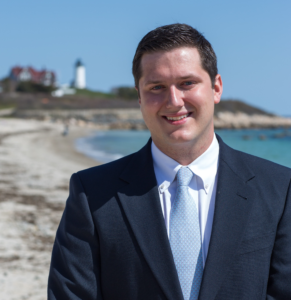 Chris Fitzgerald was named General Manager for the Falmouth Commodores in October of 2018. In his role, he oversees all the baseball operations functions of the franchise. Fitzgerald joined the Commodores in 2018 as the Assistant GM. Prior to joining the Commodores, he was General Manager and assistant coach for American Legion Post 188, head coach for Sandwich High School JV baseball team and board member for Falmouth Youth Baseball. Fitzgerald  graduated from Falmouth High School and went on to attend The University of Arizona. Fitzgerald is a local real estate agent with offices both in both Boston and Cape Cod. He and his girlfriend, Natalie, currently reside in Cotuit, MA with their retriever Charlie. 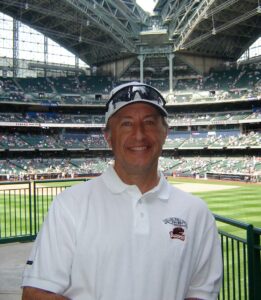 Steve is assuming the role of Assistant General Manager after performing variousother duties with the Commodores over the last 19 years. Steve started as a volunteer in 2000 assisting with the hiring and mentoring of student athletic trainers, as well as providing physical therapy care and consultations. Steve and his wife Debbie became host parents in 2004 and have hosted over 20 players and interns over last 15 years. Steve has also been a Board member for over ten years and served as the team Treasurer for 6 years. Steve earned his Masters Degree in physical therapy in 1997 from the University of St. Augustine and started a private Practice, Sports Center PT, in Falmouth with Tim Wakefield. An avid fan of the game of baseball and The Cape League, Steve is looking forward to learning baseball operations and continuing his involvement with the Commodores.

Coach Trundy starts his 25th year with the Cape League and his 21th year as the Head Coach of the Commodores.   He was the Captain of the baseball team at the University of New Hampshire before moving on to earn his Master’s Degree from the University of Colorado.  It was in Colorado that Jeff spent some time as an assistant coach and has been coaching ever since. Jeff received the Mike Curran Award naming him Coach of the Year for the Cape League in 2004.  He repeated that effort in 2016, winning it to go along with a league-​best 58 points and then leading his team to the CCBL Finals. In the off season Jeff is the head baseball coach at The Gunnery, a prep school in Washington, CT.  He has also served as a part time scout for the Toronto Blue Jays. Coach Trundy was inducted into the Maine Baseball Hall of Fame in July 2013. Jeff is joined each summer on the Cape by his wife, Patti, who enjoys watching the Commodores games. 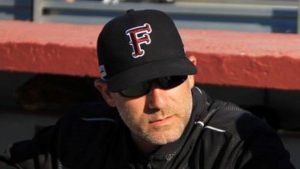 Mike enters his 8th year with the Commodores as pitching coach, and brings with him extensive experience in the collegiate and professional ranks.  Landry played seven years of minor league baseball, has served as a bullpen catcher and batting practice pitcher for the Chicago White Sox, and was the bullpen coach for the Rockford Riverhawks of the independent Frontier League.  Landry earned his bachelor of arts in graphic design from Lewis University where he was a four year letter winner, served as a team captain, and was an All-​Great Lakes Valley Conference nominee. He later returned to Lewis to earn a Master’s Degree in school counseling while he served as a graduate assistant baseball coach.  Most recently Mike served as volunteer assistant coach in 2011 for the Georgetown University Hoyas. Mike now works in the off season at Thayer Academy in Braintree, Massachusetts. 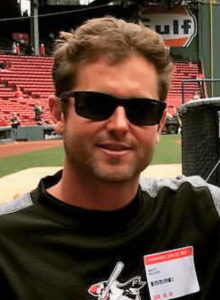 Brett Becker returns for his 3rd season coaching the Commodores.  He spends his off-​season as an Adapted Physical Education teacher. Prior to this year, Brett was a coach at Colby Community College where he was the offensive coordinator, 3rd base coach,  as well having a huge hand in the recruiting process at Colby. Over the course of two seasons, Brett oversaw the Colby program transform from a last place team to a first place team in a single season,  winning the first Jayhawk conference championship in the program’s history in 2016. Brett and fiance Tiernan Heydt will return to Falmouth with their daughter Reece for the summer of 2019.

Karen begins her 13th year working with the Commodores.  She received her undergraduate degree from Boston University and her Master’s Degree from Massachusetts College of Pharmacy and Health Sciences.   While at BU she was on a full athletic scholarship for woman’s lacrosse and played in the NCAA playoffs in 1999/​2000.  Originally from Syracuse, NY, Karen was also a championship Irish Step Dancer and qualified for the World Championships in Ireland.  In addition to working with the Commodores, she is also an assistant coach for the girls’ varsity lacrosse team at Falmouth Academy.  She is a Physician Assistant working with Dr. O’Malley at Cape Cod Sports Medicine, an affiliate of Cape Cod Healthcare, in Falmouth.

Laura is in her 8th season with the Commodores; she is originally from Boxborough, MA and a 2011 graduate of Endicott College in Beverly, MA with a Bachelor’s Degree in Athletic Training. After graduating from Endicott, she went on to work at Emerson College in Boston, MA as a Graduate Assistant Athletic Trainer.  While at Emerson, Laura completed her Master’s Degree in Health Education at Boston University.  She is currently an Assistant Athletic Trainer and Strength and Conditioning Coach at Wheaton College in Norton, MA.  Laura is a certified member of the National Athletic Trainers’ Association and is a licensed athletic trainer by the Massachusetts Board of Allied Health.  She is also a certified strength and conditioning coach through the National Strength and Conditioning Association. 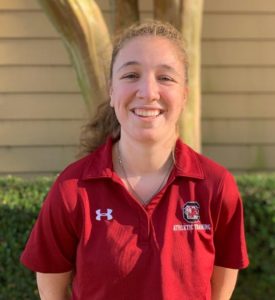 Emily Buccigross is originally from Shelton, Connecticut, and is a rising senior at the University of South Carolina’s Athletic Training program. She plans to go to graduate school to study athletic training, and hopes to work in collegiate athletics. Emily is coming to Falmouth after a semester of working with South Carolina’s baseball team. Emily is very excited to be working with the Commodores this summer.